Robert South, a 17th-century English clergyman, is quoted as saying, “If there be any truer measure of a man than by what he does, it must be by what he gives.”

When it comes to Michael Austin, he gave so much to the city of Leominster, its young sports players, and those who knew him.

Austin’s legacy will forever be on display at Doyle Field, in front of the stadium entrance, where a bench was dedicated in his memory Friday afternoon.

A banner on display behind the bench with words from people who knew Austin offered a glimpse at the longtime coach and umpire who passed away in May at age 55. They said he was “an incredible person who loved life and loved the city of Leominster” and “always was so positive,” a “great guy” who “always did things for others” and “never boasted or bragged,” and a “Leominster legend” who “was so loved by so many.” 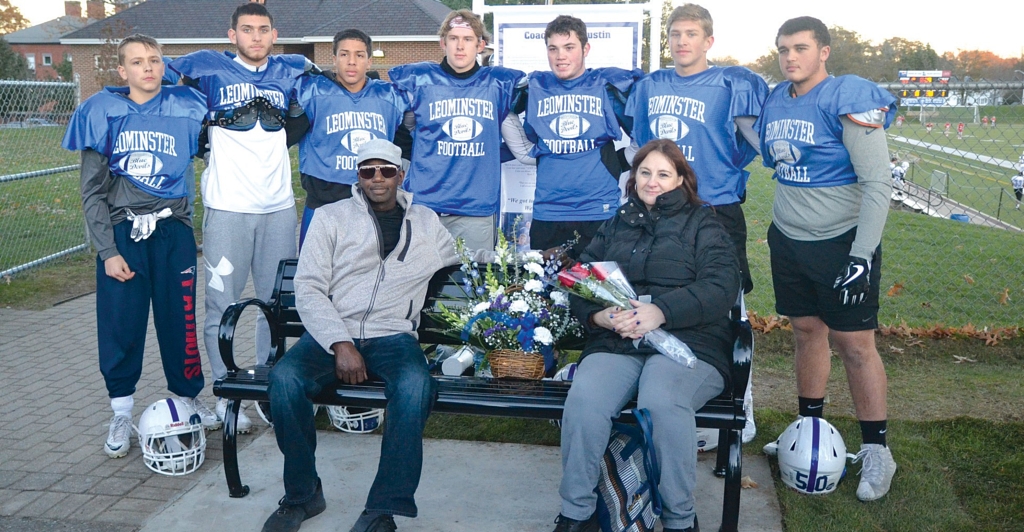 In memory of Coach Austin 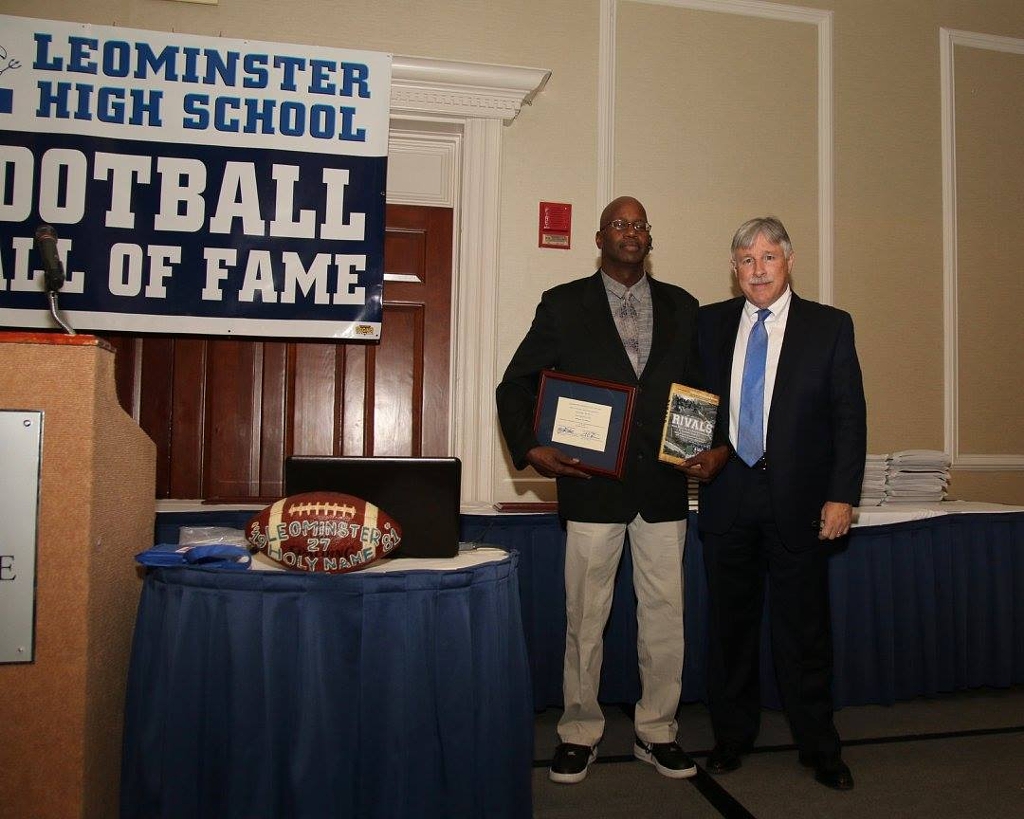 Saturday at the Doubletree by Hilton. This year’s inductees were Brian Picucci, a 4 year starter for the Blue Devils. He was captain of the 1988 team that helped lead Leominster to a victory over Nationally ranked #1 Brockton at Doyle Field before thousands of fans. He also had a successful college career at Syracuse.

Also inducted was Michael Wallace, who played in 1988-1990. Mike was a senior captain in 1990. Wallace gained 1,320 yards and averaged 8.8 yards per game. He helped lead the Blue Devils to Super Bowl wins in 1989 and 1990. Mike played college ball at Harvard University in his freshman and sophomore years.

Bryan Mazzaferro, a 2 way player was also inducted in the hall. He was a 2 way player from 1991-1993. Bryan swcored a touchdown vs Fitchburg in 1993, which is the highest scoring thanksgiving game in the history of the storied rivalry. Fitchburg won 44-40.

Joe Veneziano was a member of the 1978 Super Bowl Championship team and was a 2 way player. He was selected to several all-star teams. He was part of a Blue Devil team that allowed a mere 50 points in 11 games, which included 11 shut outs.
Steve LeBlanc, also a 2 way starter and also a big part of Leominster’s big win over Brockton in 1988. Nicknamed the “Bump”, he was selected by his teammates as captain his senior year.

John Crowley led the 1981 Blue Devils when he rushed for 1,00 yards and scored 10 TD’s. He was named all star of the Thanksgiving game and went on to play ball at UMass.

2 contributors were inducted into the hall as well. John Austin accepted the award for Mike Austin who died suddenly earlier this year. Mike was most recently the Freshmen football coach. Mike loved working with kids and did so for over 35 years through the Leominster Pop Warner program, AYF, Little League, as well as umpiring baseball. Mike was honored with a memorial bench at Doyle Field on Friday (see separate article).

Founder of the Leominster Hall of Fame, Gil Donatelli was inducted as well. In addition to his playing career with the Blue Devils, Gil is current President of the Doyle Field Foundation, which has been instrumental in the over 6 million renovations of historic Doyle Field. Gil also serves as chairperson on the Doyle field Commission, which oversees the operation of the facility.

Also entering the hall is the 1981 Super Bowl champion team, led by Coach Mike Vaillette. The team defeated Hudson 34-13 at Fitton Field at Holy Cross in Worcester to take the title. Scott Chester ran for 4 touchdowns in the game for 234 yards. Keith Rochicahud added the extra points in the victory. Joe Killea caught a 13 yard pass for a TD from Dave Pavilaitis. LHS had led 27-0 at the half.​